Ethereum, the world’s busiest and largest blockchain is going to change its consensus mechanism. The rumor of Ethereum’s switch to Proof of Stake has been circling around the crypto market since 2017 and that’s what makes Ethereum’s Merge the most anticipated event in the crypto industry.

‍Ethereum is home to thousands of dApps, platforms, and decentralized marketplaces. The wave of Decentralized Finance, also called as DeFi, started when Ethereum introduced smart contracts to the world. Today, DeFi is the most successful use case of blockchain technology and all the DeFi platforms hosted on Ethereum like Aave, Uniswap, Compound Finance, and hundreds of others have to adapt to this radical change that Ethereum is going to go through.

‍How will Decentralized Finance (DeFi) platforms be affected before and after the Merge? Keeping the infrastructure changes aside, how will the Merge affect the users of these platforms? This blog will answer all your questions but before diving into them, let’s start by understanding what Ethereum Merge is.

What is Ethereum Merge?

Since its launch on July 30, 2015, the consensus between the nodes of Ethereum’s blockchain is achieved using the same mechanism that is deployed on Bitcoin - Proof of Work. But not anymore!

‍This means Ethereum is going to abandon its traditional mining ecosystem where miners were competing to solve a mathematical problem, win the competition, add new blocks, and earn newly mined Ether in rewards. Instead of this, they will be switching to a system of stakers where nodes have to hold and stake at least 32 Ether (ETH), increase their chances of finalizing and adding new blocks to the Ethereum blockchain by staking more Ether, and earn rewards.

‍In 2014, Ethereum launched Beacon Chain, a Proof of Stake (PoS) based chain that was running parallel to its original Proof of Work consensus layer. In the pre-Merge era,  the Beacon chain is not processing any transactions occurring on Ethereum.

Following The Merge, the Ethereum network will become more scalable, greener, and faster. The Ethereum Foundation claims that the energy consumption on Ethereum’s highly congested blockchain network will reduce by 99.95%.‍

Due to the absence of competition in the Proof of Sake consensus, there are no computational power and energy wars between the miners to solve any mathematical puzzles. On the contrary, the opportunity to add the block to the blockchain is randomly distributed to the stakers. More the stake, more the chances of adding the blocks and earning rewards.

This means Ethereum will also be able to process thousands of transactions per seconds similar to its counterparts (also known as Ethereum Killers) like Solana, Avalanche, and Polkadot.

The impacts of the Ethereum Merge

This transition of Ethereum is going to impact every project built on the Ethereum blockchain as the transactions of all ERC-standard tokens are expected to speed-up. All the DeFi platforms like lending and borrowing, decentralized exchanges, staking platforms, and yield farmers are expected to get the much-needed upgrade at their backend.

Millions of DeFi users were expecting a reduction in the gas fee as sending and swapping ERC tokens on Ethereum’s networks. As announced by Ethereum’s co-founder Vitalik Buterin, it is not going to go down immediately after The Merge. However, it is expected to go down once all the upgrades will be completed by 2023.

Ethereum is expected to become deflationary as the issuance velocity of ETH to stakers will be slower than that of miners. Adding to this, the funds will not be available for withdrawal for 6 months combined with the EIP-1559 which causes a percentage of each transaction fee to be burnt.

The current Ethereum miners are planning to do a hard fork on the Ethereum blockchain and call its native token ETHPOW. All the balances in Ethereum wallets will be duplicated on the hard-forked chain. This means all on-chain ETH hodlers that are using non-custodial wallets or the exchanges (that support the hard fork) will be airdropped equivalent amounts of ETHPOW tokens to their ETH holdings.

We can clearly see that users and holders of ETH don’t need to do anything with their funds or with their wallets before the Merge. It will consequently benefit all the Ether holders (at the time of the timestamp) if the ETHPOW token continues to trade on the exchanges.

This duplication process is making lives tough for DeFi lending protocols. Millions of DeFi users around the world are borrowing Ether to hold it till the Merge is successfully complete and the PoW chain is hard forked.‍

Many lending institutions like Aave have temporarily halted loaning and borrowing Ether on their platform after a governance proposal was passed with overwhelming support for this move.‍

Why has Aave done this?

Let’s understand this step by step:

In recursive trades, users deposit ETH into liquid staking protocol Lido in return for the staked ether token (stETH), which is then deposited as collateral on Aave to borrow more ETH.

Not all platforms pose such high risks of liquidity crunch like Aave. Compound has proposed a borrowing cap of 100,000 ETH with a steeply increasing interest rate mechanism when the utilization rate crosses 80%. In addition, a new market is being assembled on Teller to enable a form of borrowing ETH not yet seen before in DeFi.‍

Stay tuned on the following links to learn more about what's next:

‍Decentralized exchanges will not have any of their services interrupted as explicitly announced by the world’s largest decentralized exchange, Uniswap. Stablecoins like USDC and USDT have also announced their support for the event claiming there will be no problems with the stablecoin-backed collateralized positions when they will be migrated to Ethereum’s new chain.

What’s ahead for Ethereum?

Ethereum’s Merge is one of the many steps they have lined up over the course of the coming 2 years. Experts argue that Ethereum is lagging behind other PoS blockchains like Solana, Avalanche, Cardano, and Algorand that provide excellent throughput, massive scalability, and negligible fee throughout their network.

‍According to Vitalik, The Merge will complete only 55% of the upgrade they have planned for Ethereum 2.0 (ETH 2.0).

Ethereum’s transition to Proof of Stake is going to be written in the history books. The entire crypto industry is excited to witness this one-of-a-kind event that is going to fundamentally alter the businesses of 1000+ projects, 100,000+ miners, and millions of investors across the globe.‍

Developers and stakeholders have already run tests to ensure The Merge succeeds and the recent Bellatrix upgrade is a testament to that. Once the merge happens, the fate of the miners lies in the hands of the miners themselves.‍

Amidst the confusion, there are Ether lending platforms that are keen to offer ETH lending services to their users. These platforms will help users to certainly position themselves to get free forked tokens if the hardfork happens.

We will be announcing more details about these platforms very soon. 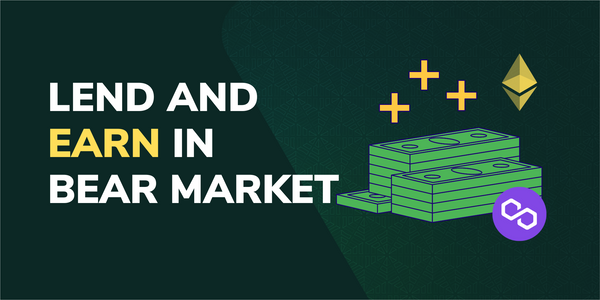 The crypto market is full of ups and downs, and this is known to everyone who wishes to become a part of it. There is a constant battle between the bears and the bulls globally 24 hours a day, making it one of the most volatile investment classes. Market conditions

Are you looking for a crypto-backed loan to open a new crypto position or to buy real estate or NFTs? Are you tired of the current credit checks and score checks system for availing a loan in the traditional financial market? Do you want a crypto loan but do not 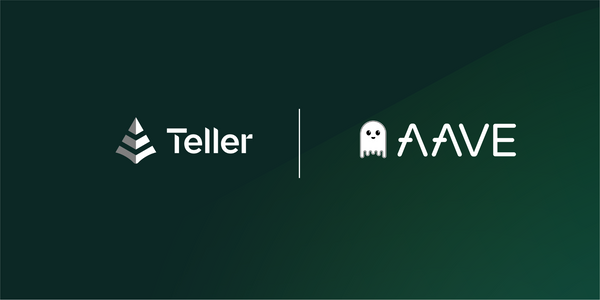 In this article, we will discuss two leading DeFi lending and borrowing protocols that are changing the world of finance with decentralization and smart contracts, Aave and Teller.